Ben Johnson Mountain is one of just a few geographic place names in Oregon named for a known Black person. The 4,500-foot peak in the Siskiyous in the Rogue River National Forest about 14 miles southwest of Medford has been called Negro Ben Mountain since 1964 prior to being known by a more derogatory name.

The Oregon Black Pioneers worked with the Oregon Geographic Names Board to get the name of the 19th-Century blacksmith applied to the mountain where he lived briefly during Oregon’s gold rush.

According to the Oregon Black Pioneers, “Ben Johnson was a Black man born in Alabama in 1834 who came to Oregon in 1853, settling in a Jackson County community called Uniontown along the Applegate River. On a mountain near town, he built a blacksmith shop where he lived and worked between 1868 and 1869 at the height of the area’s mining boom.”

Johnson left town later and moved to Albany, Oregon where he married Amanda Gardener and continued to work as a blacksmith.

The 1.1 mile hiking trail to the top of Ben Johnson Mountain is not ADA accessible. 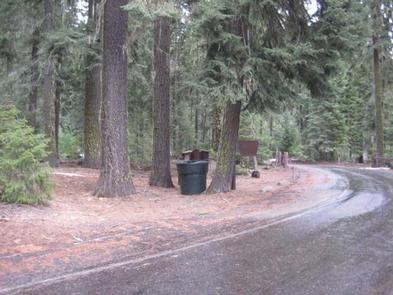 Located near the Rogue-Umpqua Divide off of the scenic road between Tiller and Trail. It is a higher elevation campground […]